Harvey was a very devastating storm. I saw places around me that flooded, which have never flooded before. Even my own neighborhood had water in the streets. Kids were out with their floats swimming when we got a short break from the rain for a bit. Although I wouldn't recommend it. The bayou that surrounds my neighborhood went way, way over its banks, and into the streets.

The weirdest part about Harvey was that areas that have never flooded did, and areas that usually flood, well, some of them didn't. What made this storm such a disaster was due to those areas not being prepared for flooding. Of course no one knew those areas would flood. I watched the news in shock all those days during the storm. Freeways, neighborhoods, businesses, flooded out. Some of those businesses had been around for many years. So much disaster.

I still see the after math each day when I drive past houses with debris all over the front yard due to damage within those homes from flooding. Even though most of the water has receded, there is still a lot of damage control, and people who are homeless, and still can't get back to their normal lives. But, I was also amazed. During the storm there were a lot of people that came out into the pouring rain to help those who were stranded due to flooding. These were ordinary folks who came out to help out of the kindness of their hearts. Its because of those people that so many lives were saved.

I was one of those fortunate enough to make it through Harvey without any major flooding. We did have a scare at one point because one side of our house floods when it rains and that was causing water to come up our back porch. But luckily my oldest son built a trench to drain the water out to the front of our yard, which helped. The only downfall was that there was a lot of work to do in the garden once the storm had passed. I know that is minimal to what most others are going through, but the yard work still needed to be done in order to get what I can out of my garden before the growing season ends and winter begins. If we get a winter at all. If this year is anything like last year we may only get a freeze once. Times are changing, and so is the climate. When I was younger we actually got snow in this part of Texas. But the last few years we've been lucky if we even got cold weather. Instead of putting away my summer clothes and pulling out all my winter clothes I now have to keep out a bit of both. I like the cooler season. I hate not knowing if it will stay cool or suddenly get hot again. After Harvey we had such cool weather. It was in the 60's, and so nice to be outside. Now it's getting back into the 90's. Screwy Texas weather all over again. While I don't like not knowing if it will be cool or hot, and how long those cool spells will last for sure, these climate issues also make it a bit tricky with gardening. I don't have as much luck with the winter versions of plants as I do with the summer versions. But I'll get into that another time.

Before Harvey I had quite a few large Hyssop plants growing very well. Some of these I had planted in my Cantaloupe patch, and some planted with my pepper plants. The Hyssop in my Cantaloupe patch didn't do very well through the storm. Even though I built the soil into a mound for drainage, that only works for regular downpours. Before the storm those plants were huge and thriving. After the storm one died and the other is trying to hold on. They just got more water than they new what to do with. The good thing is the Hyssop plants in my raised bed with my bell pepper plants did much better because it was able to drain. So those plants are thriving. They aren't as big as the ones in my Cantaloupe patch, but I'm glad to have a few still going strong. I'm also glad I made my batches of strawberry jam with Hyssop way before the storm. I also collected a few leaves and flowers before the storm just in case I lost any plants. I like to use them in my fruit shakes. Their licorice/minty flavor is a nice addition.

I took advantage of the cool weather after the storm to get out in my garden. It took me two days to get everything done I needed to. Working from the early morning until early evening each day. I had to cut a lot of my cantaloupe plants back, and pull a lot of dead plants, or dying plants up. If it didn't look as though it was worth saving then it was best to just pull it. But luckily there are a few that are still flowering. I do have one cantaloupe growing at the moment. I'm hoping with my remaining Hyssop plants and the Basil plants that grow in my Cantaloupe patch the bees will continue to come and pollinate my cantaloupes as they were doing before the storm.

I'm still getting quite a few bees around my bell pepper and cucumber raised beds thanks to the Hyssop and Basil plants that are still thriving in those garden beds. My cucumbers mostly made it through the storm. Unfortunately, because those beds are on the side of the house that floods, and my son took so long after the storm to fill in the trench, or at least some of it, I wasn't able to check on my cucumber plants for a few days after the storm had passed. This provided ample time for pests to come right back and begin their feast. Luckily I only lost two cucumber plants. The rest are still thriving. So I'm hoping to get a few more cucumbers before the season ends. But I only have Lemon cucumbers left now. My other varieties didn't make it.

I also had quite a lot of different pests at once this year. I'm also attributing this to the changes in climate. My first year I dealt with Aphids. Last year my major problem pests were squash bugs, and Aphids near the end of the summer. This year I've been getting wooly aphids, squash bugs, green caterpillars, stink bugs, and a couple of others that I haven't seen before, so I have yet to name them. One of them in particular I have yet to find. It would latch onto the leaves of my cucumbers and cantaloupes with suction like a sucker fish. It had six legs, and was a kind of orange and black striped bug. I couldn't tell if it was just a shell or if it had wings, but I think it may not have had wings. The others were different eggs, some aphid and some I'm really not sure. Luckily my homemade garden spray works very well. I just have to stay proactive and go out and spray every other day. Otherwise I'll see dead leaves all over the place. Not a pretty site. I also have to make sure I avoid the ladybugs. I've been getting a lot of them around my Cantaloupes, so I don't want to hurt them. They help with my Aphid problem.

I'm thinking I've got the month of September for this growing season, and possibly some if not all of October. We didn't see any colder weather last year until November, with a few warm days in between. Last Christmas wasn't even cold. That was a real let down. We may not get snow but it would be nice if it actually felt like Christmas. The one and only freeze actually happened in January I think. But just to be safe, and ensure I don't lose all my pepper plants I'm keeping most of them in pots on the back porch. I can over winter them much easier there. I tried to do this last year in my pepper raised bed with no success. They just weren't covered enough. I have limited garden cover, and with all the plants on the back porch, and some in the actual yard, both back and front, I have to just cover the most important. But I do have at least one of each variety on the back porch so I should be good. It's never too early to prepare. 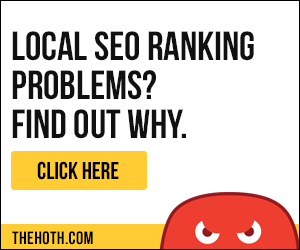